Diabetic Healing Effects At A Workshop

Coach’s Note: After Ms Huang leaned Paida Lajin, she began to introduce to her friends and relatives. Hypertension and facial numbness were all healed from this DIY method. After she participated in our workshop, her diabetes of ten plus years were healed as well. 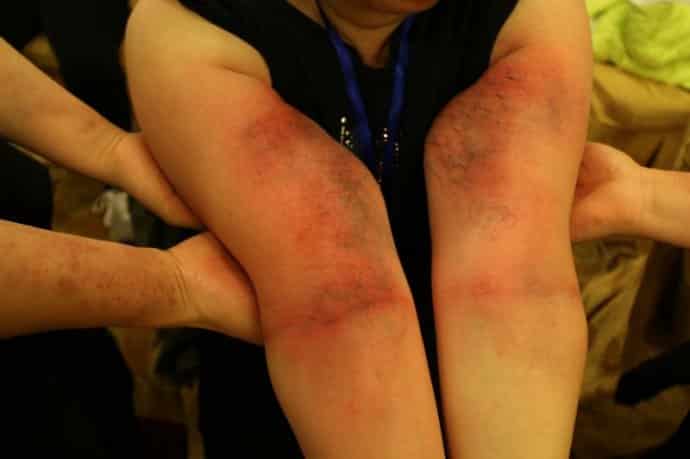 I learned about PaidaLajin from YouTube.com and several other websites. First I tried on some of my friends. Just asking them to slap their inner elbow. Almost all of them had “Sha” surfaced. And several verified with me that they do have issue with their heart. These incidents made me realize that PaidaLajin does work.

One day, my son returned from school that his Math teacher did not show up the class, because she had tooth ache. I suggested to Paida his teacher. When I went to school, the teacher gave me permission to Paida. As always, I only Paida her inner elbow. Purple Sha immediately appeared, and told me her toothache is reduced somewhat. I told her to Paida her face after she went home. Two weeks later, she was delighted to inform me that her face is no longer swelling and gained ten pounds in weight.

In the year of 2001, when I was 39 year old, due to pregnancy, I had diabetes and hypertension. For the last ten plus years, my diabetic drug increase from one a day to four a day. Yet after I PaidaLajin on myself, I began to reduce my diabetic drug. 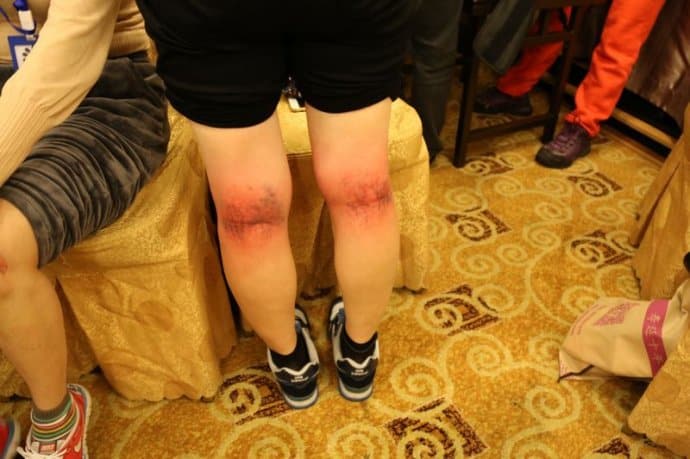 Because I needed to visit China, I decided to join the third workshop in HangZhou. On the first day morning, my glucose level was at 11.1. After six days of painful PaidaLajing, fasting, Zen walk, my glucose dropped to 5.1. Though it was quite painful, but I was happy. Never were so low in my ten plus years.

After my return, I will continue to PaidaLajin as well as share this wonderful DIY method to more people. I am truly grateful to Xiao Laoshi, coaches and volunteers at the workshop.